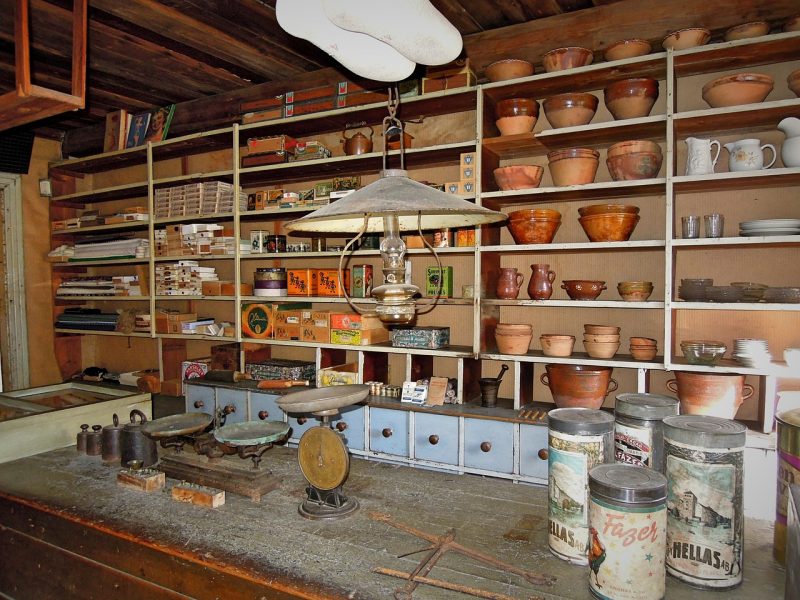 The Curious Ones – Epiphany 2A

What are you looking for?
Christ’s first public utterance

Up in the hills of North Carolina is the town of Valle Crucis where Mast General Store lures visitors in curious about an old fashioned mercantile. The shelves inside cover every wall, floor to ceiling, like they have since the late 1800s and you can find nearly anything you could want from belts to hold your pants up to a cast iron stove that you have to chop wood from your back yard to fire up to make Sunday dinner. They have been known throughout history for marketing everything from cradles to caskets. If you need a Brillo pad for your sink or a scarf for your cousin’s birthday you will find it at Mast General Store. Right next door is a child’s dreamland called the Candy Barrel and inside, like its mercantile counterpart, is every kind of candy imaginable.

If you are anything like the kids that sometimes live at my house the options are daunting. You will find everything from candy necklaces, brightly wrapped butterscotch hard candies, Boston style baked beans to Laffy Taffy, wax cola bottles, and horehound sticks. I’ve seen kids leave with only two pieces of candy gripped tightly in their little brown paper bag only because they couldn’t make up their mind about what they wanted.

The images of Mast General Store and the Candy Barrel are icons of an era gone by where such vast choices were limited to a small geographic locale unlike today. It’s sometimes hard to paint the picture of a first century Palestine where Jesus strolled along the dusty streets of Jerusalem; but I imagine you would find farmers crowded together selling their crops; weavers and potters, carpenters and metalsmiths, working in their open air shops along narrow alleyways that made up the lower end of the city of Jerusalem; and you could find your choice of fruits, vegetables, clothing, jewelry, dried fish, and even sacrificial animals along the market street.

With so much commerce going on it’s hard to imagine making up your mind then either, or noticing Jesus, a craftsman himself, standing out in a crowd. John’s Gospel tells us that Jesus was pointed out by his cousin John not once, but again on the following day, as Jesus walks by to two of his followers. John was practically babbling with enthusiasm as he saw Jesus approaching, exclaiming, “Here is the Lamb of God who takes away the sin of the world.” Perhaps those nearby thought the wild honey had softened John’s brain but not to be deterred John continued describing the spectacular events of the afternoon’s baptism along the mile wide river.

Some scholars refer to John’s Gospel account of Jesus’ baptism as the “Book of Signs,” referring to the public revelation of Jesus by John the Baptist on the first day; then on day two John the Baptist points to Jesus publicly proclaiming him as Lamb of God and Son of God; and on the third day two of the John’s disciples follow Jesus after hearing John the Baptist declare, “Behold the Lamb of God.” All three days point to Jesus as the anointed one with each day building on the previous day.

John’s growing audience struggles to recognize what John the Baptist has proclaimed from day one as evidenced by the followers who refer to Jesus only as Rabbi, which means teacher. It doesn’t take Jesus long to turn the tables on the followers by asking them the question burning in everyone’s heart, “what are you looking for?” All they can think to respond is to simply ask Jesus where he is staying without ever addressing the real question that Jesus has posed. It’s not unusual that the followers would want to know where Jesus was staying if they thought him to be an instructor, after all, he would need a place to teach, and place to instruct. Like anyone with a sense of hospitality towards those who are curious, Jesus said, “Come and see,” and they obediently followed Jesus to where he was staying and remained in his company for the balance of the day.

Jesus’ first public utterance was, “What are you looking for?” It was a question that revealed who Jesus truly was, the Son of God. It was the question that Andrew and the other follower did not answer, but instead it ignited their curiosity leading on them to follow Jesus. “What are you looking for?” is a question for the ages and one for you and me today. John’s Gospel gives us the larger context of Jesus Baptism where he is publicly proclaimed as the anointed one, the Son of God by John the Baptist and then later by Andrew who tells his brother who he’s found. Curiosity is contagious, and it is the root of our call to follow Jesus, the Son of God.

In our Christian church today, many words have taken on less than desirable connotations with the “E” word, evangelism, nearing the top of the list. The curbside bible thumpers and televangelist leave a bad taste in your mouth making the word evangelism elicit visions of fire and brimstone, and if not that, at the very least visions of a one eight hundred number scrolling across the bottom of your T.V. screen soliciting your pledge dollars with the promise of healing or immediate prosperity. I imagine those evangelist sleep well at night, but I suspect they leave the rest of us restless and uneasy proffering overly simplistic solutions to our problems.

John’s Gospel has shown us three authentic evangelistic encounters whereby John the Baptist shows his enthusiasm of his experience with Jesus by telling others who Jesus is, not once but twice, “Here is the Lamb of God!” and then we hear Andrew spilling the beans to his brother, “I’ve found the Messiah!” as their enthusiasm begins to spread to those nearby.

In a world not so very different than the Candy Barrel we are like children with eyes larger than our appetites and with so many choices it is difficult to know what leaders to follow and what choices to make, but John delightfully reminds us what we are called to do. It’s not very complicated and doesn’t involve any eight hundred numbers. Simply tell someone else your story.

Who in their right mind choses to give up sleeping in, golf, or watching the game on Sunday mornings to be here instead? When have you seen the love of God in the world around you? How has following Jesus changed your life? Evangelism is no more complicated than being willing to tell your story. How is it that we continue to find joy and hope in even the worst of circumstances? If you look around you will notice there are no celebrities in this place, no flashing lights, no orchestra, or famous rock band, and no tickets for sale. There is simply you and me and the mystery that a history of our people spans more than two thousand years.

When you find others curious about what makes us different and what happens in this place, ask them the question Jesus publically uttered first, “What are you looking for?” Perhaps they’ve seen your story in the way you live your life and their curiosity is to see what you have experienced firsthand; to learn why some of you have shown up on Sunday mornings for more years than some of us have walked the earth. Simply invite them to “come and see.” Amen.