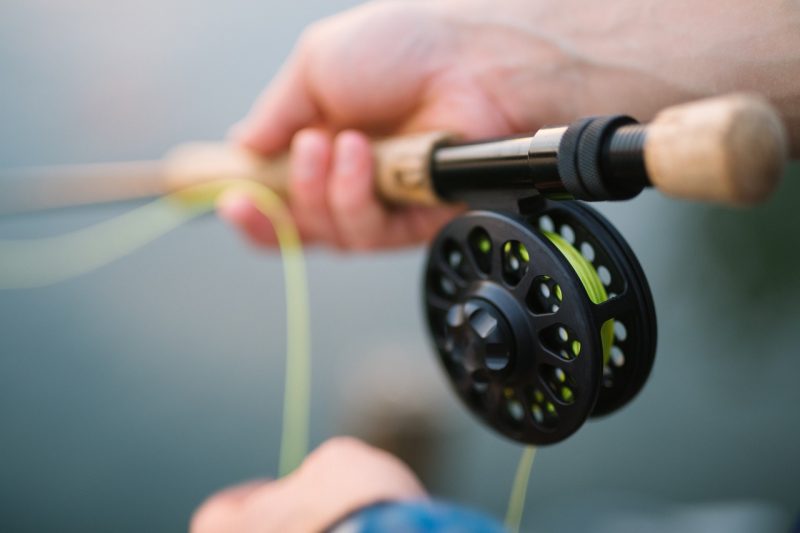 The Ones with the Light – Epiphany 3A

Follow me, and I will make you fish for people.

I caught my first fish at the age of eight, a palm size bluegill brought right up out of the Yadkin River. To my astonished eight year old eyes it was as exciting and beautiful as a rainbow with metallic looking blue and yellow scales and a body flapping back and forth suspended from an iridescent fishing line. The Yadkin River flows 215 miles across five rural counties in the foothills of North Carolina, and is the same color as its red Carolina clay riverbank. I recall that cool spring day with the scent of sweet tulip poplars in the air and the sound of rushing water as our feet made a sucking sound in the soft mud along the riverbank.

The woman who took me fishing was a long-time friend of my mother who often suffered the ill effects of manic-depression. That particular day was bright and sunny and like any child I was thrilled to be the sole attention of an adult; but often her days were as black as a cloudy night.

I know some people whose darkness hovers so closely it’s hard to tell if they have any light left in them at all. Darkness is one thing that feeds on itself consuming everything in its sight. When Jesus learned of John the Baptist’s imprisonment for speaking a little too politically, Jesus’ light got just a little dimmer then too. I imagine Jesus felt the hair on the back of his neck begin to rise as he thought better of staying in Nazareth any longer. Before things started getting too dark Jesus decided to retreat; he walked the day’s journey, twenty-five miles, to the far side of the river Jordan and a land where no one would be looking for him.

Jesus made his way to be among those without notable ancestry, the Gentiles in Galilee. You see the Gentiles were those who were invisible during an era of increasing materialism, wealth, and status; they were the forlorn, the ones on the fringes that neither made the tabloids in the market place, nor were gossiped about in Nazareth. The gap between the rich and poor had grown larger than the mile wide reach between the east and west banks of the Jordan River.

The nine hour foot journey took Jesus around the Sea of Galilee where he came across two brothers whose ongoing bickering and fishing insults caught his attention. Jesus stood and watched as the brothers threw a twenty foot circular net like a discus into the sea, the lead weight edges dropping as the mushroom dome netting bloomed just below the surface of the water. Jesus studied the near pageantry of what was truly a noble profession recognizing that the tenacity of the fishermen’s skill would be useful in another kind of calling. There stood on the banks of the sea, Simon, the one Jesus would affectionately refer to as ‘Peter’ from the word petra, meaning rock, and his brother Andrew. Jesus knew the moment he saw them they were the ones he would teach to fish for men, after all, they already knew it took more than a fishing line to haul a big catch.

Those whose livelihood was fishing were the salt of the earth, they worked long hours disentangling the catch, sorting fish, and mending nets. Fishing was hard work and while Peter and Andrew taught heir new friend who was a carpenter about fishing, Jesus taught them about building. I suspect Jesus’ wry humor and bright spirit immediately won the brothers who could toss a lot more than a net at each other.

In a time of great economic disparity with Herod building grandeur buildings, imposing unsustainable taxes on the poor, Jesus’ call for repentance sounded like music in the ears of those struggling to feed their families. Unlike the unseemly occupations of camel drivers and tanners, fishermen provided sustenance to their families and the community earning them respect throughout the region. Jesus made an offer to Peter and Andrew they couldn’t refuse, one that made them drop their nets. A call is like that it is the driven voice inside of you that knows no limits no matter the difficulties ahead. Jesus lit a fire in the bellies those two fellows that burned so hot inside their chests that they could do no less than drop everything and follow where it lead.

I know a priest who once said, “A call is a damnable thing.” It’s the one thing that will follow you the rest of your days like a shadow pulling at your shirttails leaving you no peace until you answer. Jesus said, “Repent, for the Kingdom of heaven has come near.” Matthew tells us this small band of fishermen along with Jesus went throughout Galilee, the land of the poor and forgotten, teaching in the synagogues, proclaiming the good news of the kingdom and curing every disease and every sickness among the people.

This small band of fishermen with no credentials other than the noble profession they left behind followed Jesus with abandon; with hearts on fire they went with their bright lights and shined on those who lived in a land of deep darkness. I don’t think the world today looks very different from the world during the 1st century, you still see grandeur building, materialism on the rise, and taxes imposed on those without enough means to feed their families.

The gap between the rich and the poor today look a lot like the gap between the lands on the east and west banks of the Jordan River where Jesus made disciples. Fortune magazine says of the United States, “Zip codes mere miles apart occupy vastly different planes of community well-being—and few people are truly mobile between them.” And globally the BBC reports, “The Organization for Economic Cooperation and Development (OECD) says in its 34 member states, the richest 10% of the population earn 9.6 times the income of the poorest 10%. Indeed there are those today who still live in a land of deep darkness. Margaret Mead understood the power of call when she said, “Never doubt that a small group of thoughtful, committed, citizens can change the world. Indeed, it is the only thing that ever has.” In your hearing today Jesus has said again, “Follow me.” Amen.